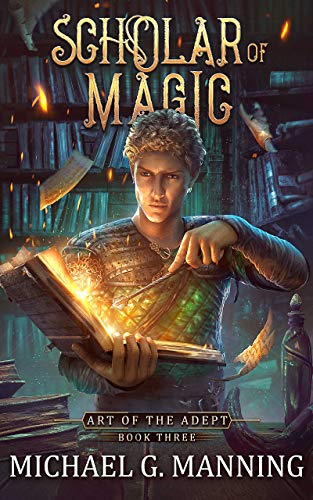 The looming war with Darrow has faded to a distant shadow, but Will’s continued studies at Wurthaven are disrupted by an unforeseen threat. Selene’s absence has raised suspicion among her friends and Will’s father-in-law, the king, who is now directing his ire at the obvious culprit, his daughter’s new husband. Meanwhile the citizens of Cerria have begun disappearing and a shadowy figure is stalking Will’s sister, Laina.

With his power pushed to the limit, Will finds himself attempting to preserve a family that rejected him and trying to save a city whose king might rather see him dead. Desperate for help, he may not be able to trust the powers that have supported him in the past, for though the fae could be the source of the catastrophe; they only offer their assistance—for a price.

Evil stalks the streets of Cerria at night, seeking the blood of his family, the destruction of the city, and the death of the king. Will may have to decide what is most important for Terabinia: preserving the people of its most prosperous city, or saving its questionable ruler?