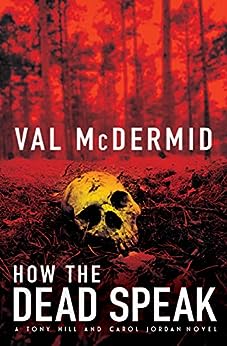 Unmarked graves are found on the grounds of an old orphanage in this “riveting” British crime thriller by an Edgar Award finalist (Publishers Weekly, starred review).

With profiler Tony Hill behind bars and Carol Jordan no longer with the police, he’s finding unexpected outlets for his talents in jail and she’s joined forces with a group of lawyers and forensics experts looking into suspected miscarriages of justice. But they’re doing it without each other; being in the same room at visiting hour is too painful to contemplate.

Meanwhile, construction is suddenly halted on the redevelopment of an orphanage after dozens of skeletons are found buried at the site. Forensic examination reveals they date from between twenty and forty years ago, when the nuns were running their repressive regime. But then a different set of skeletons is discovered in a far corner—young men from as recent as ten years ago.
When newly promoted DI Paula McIntyre discovers that one of the male skeletons is that of a killer who is supposedly alive and behind bars—and the subject of one of Carol’s miscarriage investigations—it brings Tony and Carol irresistibly into each other’s orbit once again in this masterfully plotted novel by “the queen of psychological thrillers” (Irish Independent).