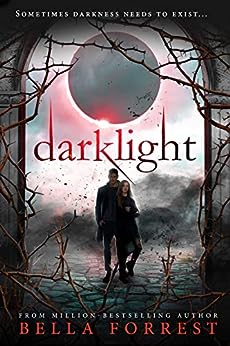 I celebrated when vampires were declared extinct.

Those beasts had preyed on humanity for millennia, committing senseless, brutal murders. Like the rest of my colleagues at the Occult Bureau, I looked forward to a world where we could all sleep at night—where constant cover-up jobs were no longer required to keep the public calm and unaware.

Other blood-sucking creatures began to lurk in the night. As soon as I turned twenty-one, I became a ground agent at the Bureau because I wanted—no, needed—to join the fight.

And then Dorian Clave burst into my life—turning everything I thought I knew into quicksand. Vampires like him were killers who devoured humanity’s inner darkness until shadows danced beneath their skin. Yet there was more to him than that.

He showed me that light cannot exist without the dark, and that trying to fight this balance would have consequences our human minds couldn’t even comprehend.

Because sometimes darkness needs to exist.

*What Early Readers Are Saying:*

"Well written! Fantastic! … Whether you’ve read other works by Bella Forrest or not, read this one!" ★★★★★

"Fantastic writing, a simmering romance and action packed adventure … For fans of Bella’s other books this comes as no surprise, but for those of us new to her books, I can only say “wow” … Highly, highly recommend." ★★★★★

"On the edge of my seat! Exciting, exhilarating, imaginative." ★★★★★

"I usually pass on vampire books but, after reading the first three chapters, I was hooked." ★★★★★

"Hooked the minute I picked this book up. Bella has created characters you instantly love and writes a storyline that makes you want to keep reading … You won’t be disappointed." ★★★★★

Over 5,400 worldwide 5 star reviews of the series.

If you’ve enjoyed Stephenie Meyer or Cassandra Clare, Darklight will have you hooked.

Buy now and begin the journey…

*Beware of spoilers in the reviews below that are without spoiler alerts.*