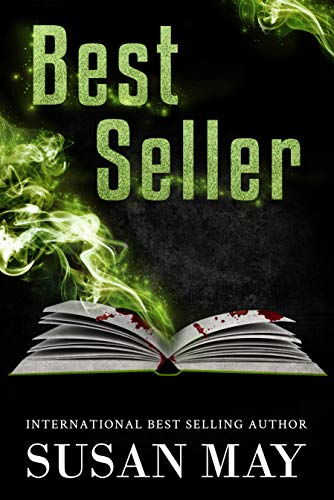 All the luck in the world won’t save you!

A girl with unique power over luck. A desperate man driven by envy. A mind-bending story of betrayal and fate!

Ten-year-old Nem has just witnessed her mother’s brutal murder and her life appears destined for tragedy. Until, that is, she finds her mother‘s old green journal which holds an incredible secret.

This innocent looking book seems to contain the power over luck. As she uses it, Nem discovers the diary keeps a strange kind of karmic balance, that in gifting someone good fortune she must steal another’s first. All it takes is a simple entry. There’s dangers though, and not just for others but also for Nem.

Decades later, the literary world hails William Barnes’ debut novel as a masterpiece. For some inexplicable reason though, his best seller success doesn’t survive his next two books. What frustrates and infuriates William even more, is that while he loses everything his undeserving protégé Orelia Mason is enjoying a meteoric rise up the charts. And this triumph of hers coincides suspiciously with his fall from grace.

So, William embarks on a plan, several actually, to take back the life he’s certain she has somehow stolen. If people get hurt along the way, well, tough luck for them. What he’ll discover though is that battling fate when luck is not on your side can be a dangerous game.

This is A Star is Born meets The Picture of Dorian Gray, and the consequences are not pretty. In fact, they’re darn well ugly.

From Susan May, the international best selling author readers are calling the new Stephen King, comes a dark and twisted tale of jealousy, revenge and an extraordinary, unique power.

You won’t know who to hate and who to cheer on, and the ending will surprise, maybe even shock you.

⭐⭐⭐⭐⭐ "Wow! I loved listening to this through Audible. So many twists… and the ending… wow!"

⭐⭐⭐⭐⭐ "I thought I had it all worked out… about five times… turns out I didn’t. An incredible read."