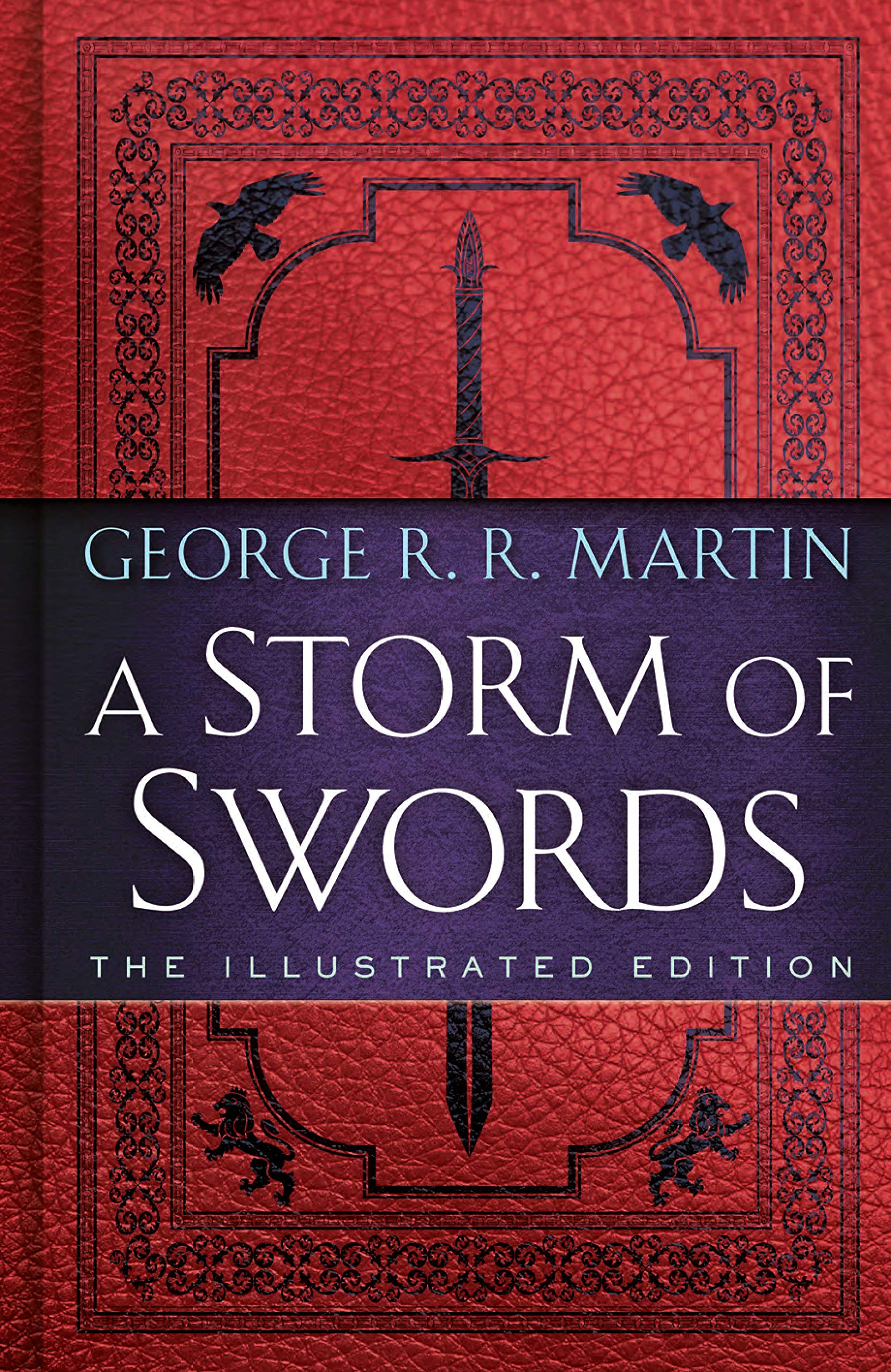 A gorgeous illustrated edition of the third book in the beloved A Song of Ice and Fire series, for fans of HBO’s Game of Thrones

The twentieth-anniversary celebration of George R. R. Martin’s landmark saga continues with this beautifully illustrated special edition of the third book in the series. With twenty-five all-new illustrations in both color and black-and-white from acclaimed artist Gary Gianni—who also illustrated A Knight of the Seven Kingdoms—this modern classic takes on a truly timeless feel sure to delight its legion of fans.

A STORM OF SWORDS
A SONG OF ICE AND FIRE: BOOK THREE
With a special foreword by Neil Gaiman

Of the five contenders for power, one is dead, another in disfavor, and still the wars rage as violently as ever, as alliances are made and broken. Joffrey, of House Lannister, sits on the Iron Throne, the uneasy ruler of the land of the Seven Kingdoms. His most bitter rival, Lord Stannis, stands defeated and disgraced, the victim of the jealous sorceress who holds him in her evil thrall. But young Robb, of House Stark, still rules the North from the fortress of Riverrun. Robb plots against his despised Lannister enemies, even as they hold his sister hostage at King’s Landing, the seat of the Iron Throne. Meanwhile, making her way across a blood-drenched continent is the exiled queen, Daenerys, mistress of the only three dragons still left in the world. . . .

But as opposing forces maneuver for the final titanic showdown, an army of barbaric wildlings arrives from the outermost line of civilization. In their vanguard is a horde of mythical Others–a supernatural army of the living dead whose animated corpses are unstoppable. As the future of the land hangs in the balance, no one will rest until the Seven Kingdoms have exploded in a veritable storm of swords. . . .